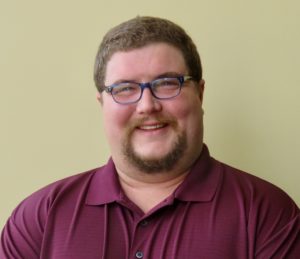 MCLP encourages community involvement. Current class member RJ McCracken has taken that encouragement to heart as he is currently running for election for McLean County Board in District 3.

McCracken works as an event director for Let’s Party rentals. His introduction to MCLP came through his campaign management for another MCLP graduate, Jeff Crabill, who currently serves on the Bloomington City Council. McCracken was inspired to join MCLP when he saw how transformative the experience was for Crabill. McCracken noted that when the two knocked on voters’ doors, “the number one thing that he (Crabill) would talk about with people was his time at MCLP and the personal growth he experienced. [He was] inspired to run for public office with a new desire to build a stronger community to live in.”

It was an easy step from that exposure for McCracken to sign up for this year’s MCLP class. He credits the program with challenging him but also with the self-realization of his own strengths. Within MCLP he found “a new family of strong, brilliant people, whom I will know and care about for the rest of my life. I have gained more than I could have ever anticipated.”

Politics had already attracted McCracken, with his grandmother joking that he would be president someday. Working with Crabill, McCracken was inspired to re-enter politics, a former interest that had lagged. “I saw in him (Crabill) the same light I used to hold, that we could make a difference if we genuinely care and work tirelessly. Couple that with the new outlook on myself, brought forth in my lessons in MCLP, and candidacy was no longer a question but an inevitability.”

McCracken has three goals in his campaign: compassion, transparency, and loyalty. With compassion, he hopes to ensure the McLean County Nursing Home is not privatized.  Transparency reflects a goal to have County Board meetings live streamed. Loyalty means local economic development by ensuring county contracts and purchases benefit local workers and businesses.

Between now and November, McCracken will complete his MCLP journey and will also have to knock on many doors to complete his goals. Whether he wins or not, MCLP has helped him focus and mobilize his skills for community involvement.